the studio has already experienced its first snowfall of the season, becoming part of a blank canvas that stretched across the city. This is of ongoing interest for molo. Fresh snow transforms architecture by providing an abstracted ground surface and surroundings. Distractions are muted or covered. Small details are emphasized. Contrasts are created.

over their careers, Stephanie Forsythe + Todd MacAllen have enjoyed observing their buildings under snow. Before founding molo, they designed and built a small home in Colorado. Living on-site, the partners braved a cold winter in the mountains. Despite a lack of traditional comforts, and some unconventional moments where they had to tuck wood glue into their snowsuits to prevent it from freezing, they enjoyed the opportunity to study their work throughout the seasons.

snow emphasized the vertical nature of the little house’s tower-like architecture, providing a sense of orientation, like a plumbline, in the rolling landscape of the foothills. It focused attention on the materiality of the wood cladding, accentuating its texture and soft colour.

the house has a strong north / south identity, making the most of the extreme and predictable weather patterns. To buffer the house from harsh winter winds, it was sited with a granite outcropping and pine trees to the north. The large window and horse stall open onto a meadow, absorbing passive heat and beautiful light from the southern sun.

two years after completing the Colorado house, they were awarded Grand Prize in a housing competition held by the city of Aomori. Their original proposal, pictured below, included a reflecting pool that doubled as a skating rink, and was praised by juror Tadao Ando for its poetic response to winter in Aomori. With time, the building would evolve into the Aomori Nebuta House. Although the building’s program had changed, the prefecture’s harsh winters remained a consideration for the design of the new museum.

the building’s structure is consolidated on one end of the lot, creating a plaza and framing views of the sea. The designers requested that this plaza be left unswept, allowing snow to accumulate over the winter season. This brings a natural touch to the heart of the city. For those pedestrians that wish to avoid the snow, the engawa is a covered and heated walkway that encircles the museum.

ever since conceiving the building’s visual identity, as defined by the veil of red steel ribbons, the partners could imagine its beauty in a field of soft white. As luck would have it, they returned to Aomori for the museum’s opening and captured photographs as a blizzard swept over the city. At any time of the year, the ribbons frame everyday activity and recast it as theatre and performance. By obscuring signage, walkways and other distractions, the snow emphasizes Nebuta House as a backdrop for life.

a similar experience is intended with the studio and workshop. molo occupies two industrial buildings in a quiet section of East Vancouver. As part of their ongoing renovations, the buildings are being returned to their basic elemental construction. This way, they frame what occurs inside and out.

painted a uniform white, the buildings have simple industrial forms common to the surrounding neighbourhood. The white creates a subtle backdrop for passersby or daily activity, it also allows them to take on light and colour, much as snow does. The deep blues of dusk, the rich golds of sunset are adopted and reflected—until the light changes again. After a fresh snowfall, the entire neighbourhood adopts that same clean beauty.

the partners have also built with snow. In 2009, they created the northern sky circle in Alaska. It was an exercise aligned with molo’s design philosophy—creating an object from one material in an environment defined by that same material. It demonstrated the connective quality of snow, uniting the landscape under varying light conditions as well as through its materiality. The structure also represented the great strength of snow and ice, sintering into a rocklike substance that lasted long after the surrounding snow had melted. 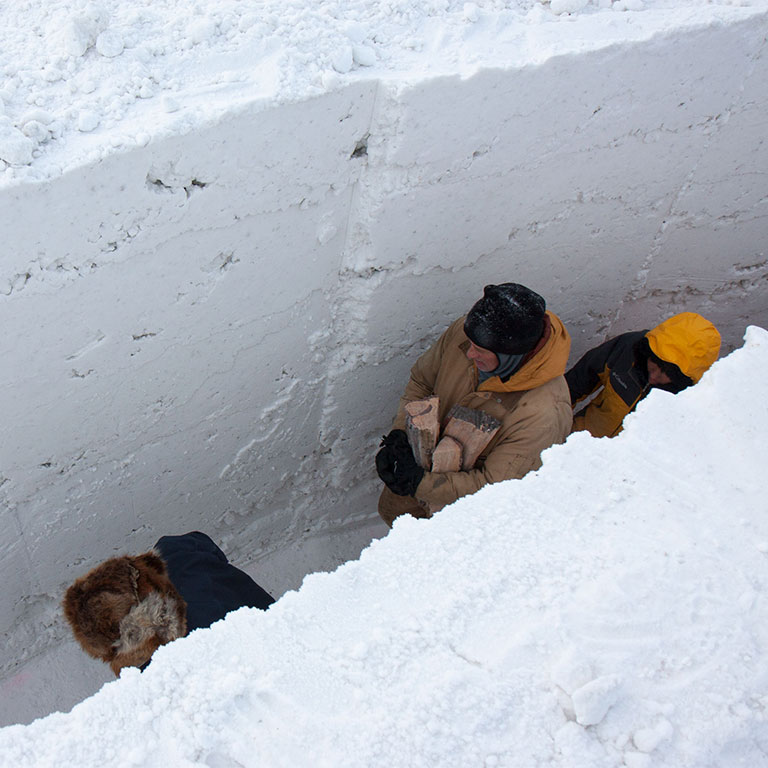 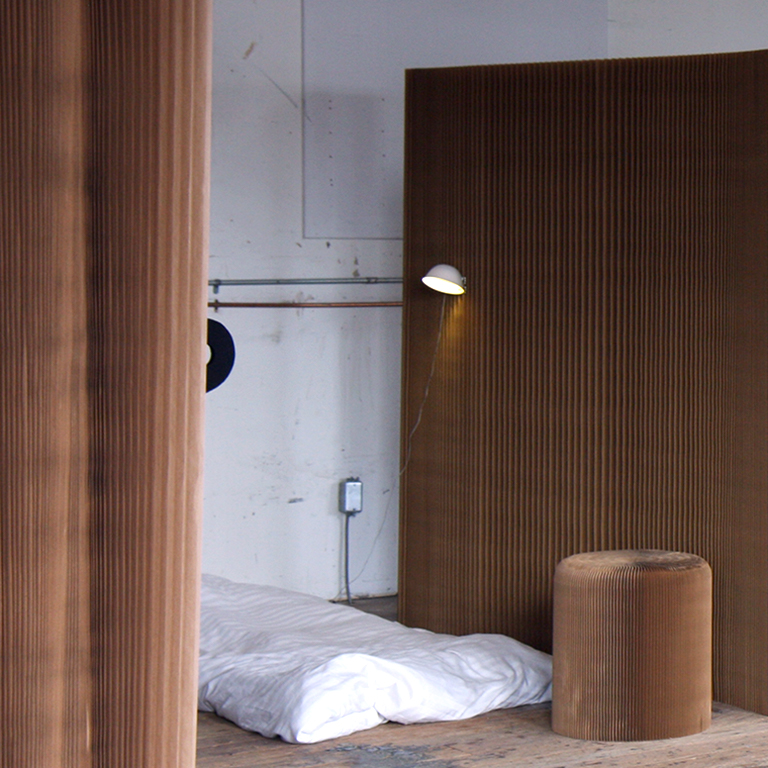